This entry was posted on 22nd March 2017 by Philip Boerma.

Monsanto, the company that gave us Agent Orange the chemical agent used for exfoliating and permanently poisoning the Vietnamese jungle during the Vietnam war has now been found to have colluded with US regulators in falsifying carcinogenic studies for Roundup, the number one weed killer in the world. The UK mainstream media or more accurately the UK presstitutes are strangely silent on this, not a word from The Guardian, The Daily Torygraph or the BBC to name but a few. The Independent actually has the gall to waffle for Roundup in this article about "the controversial weed killer", controversial only in the eyes of those opposed to science as one perceptive commenter noted. 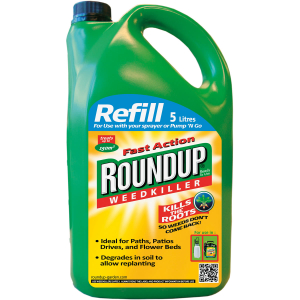 First of all in a study released in January by King's College, London and published in Nature magazine it was found that glyphosate, the active ingredient in Roundup, led to severe liver damage in rats. This at dosages 75,000 times less than what is permitted by European law. No attention was paid to this by any of the British media. A question can then be fairly posed: how much do Monsanto, garden centers, agricultural suppliers, farmer's unions etc. advertise in British media to facilitate no attention being paid to this damning research? Is the sin of omission equal to the sin of commission, or isn't it?

It now appears that Monsanto has never "conducted chronic carcinogenity studies" and that Monsanto cannot claim that "Roundup does not cause cancer", this was said by Monsanto's own leading toxicologist in an email made public in a lawsuit currently being heard in California. A leading official with the US Environmental Protection Agency (EPA) emailed Monsanto saying he could "kill any potentially damaging research" and if he could kill this he "should get a medal". Monsanto's response to these damning revelations is; "It’s not an effort to manipulate the system". If it wasn't so mendacious I would have fallen off my chair from laughter at such a transparently false rebuttal from Monsanto.
Another legitimate question is how do the thousands of people working for Monsanto, a company worth $60 billion, sleep at night and justify this criminal behavior to themselves and their families?

Boycotting Roundup and all Monsanto products is at least something we can do as our regulatory agencies are apparently compromised and corrupted by lobbyists. A lobbyist being a euphemism for one who bribes our government representatives. Fortunately we can also protect ourselves from drinking water poisoned by Roundup's active ingredient glyphosate by using the Berkey water filter systems. The Black Berkey water filters, the water filters against which all other gravity fed water filters are compared protect your family's health with clean drinking water.