This entry was posted on 22nd August 2017 by Philip Boerma.

GenX is the trade name for a chemical that was introduced in 2010 as a so-called "safer" replacement for a toxic contaminant known as PFOA (perfluorooctanoic acid, commonly called C8). A "safer" alternative or maybe a less well known and thus less well regulated alternative, who knows? Like its predecessor, GenX enables the production of common household products such as non-stick teflon pans and water-repellent fabrics. Although few health studies are available on GenX, toxicologists say GenX is chemically almost identical to C8, thus sparking concerns about adverse health effects. GenX has recently come in the news in The Netherlands as it has been found that Chemours (formerly DuPont) has been dumping GenX contaminated effluent into the local river as well as the air through it's chimneys. GenX is not currently regulated by EU institutions and is able to circumvent further investigation at the moment due to this gap in regulatory oversight. 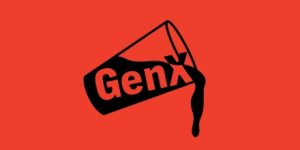 Despite the fact that this chemical compound is virtually identical to it's predecessor C8, which is a recognized carcinogen Chemours has the gall to deny that the substance causes cancer and argues the lab results say nothing about the impact on human health. The company is also refusing to say how much GenX it is allowed to emit under its current environmental permits. Dutch regulatory agencies are waffling as well and have not pushed for an outright ban of GenX emissions.

Black Berkey Perfluorinated Chemical Removal ReportAs such, the expectation is that the Black Berkey filters would reduce GenX in water. It is important to note that Berkey does not have actual testing for these particular contaminants, as of yet. Without specific testing we cannot make any claim on this specific chemical, but the data suggest that the Black Berkey filters would likely be very efficient at removing GenX, given that it is a fluoropolymer resin similar to PFOA.